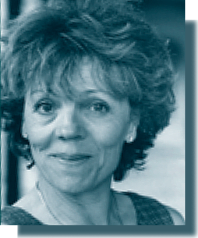 Writer, actress and Mindfulness & CBH practitioner, Maggie recently gained her MSc., in Mindful Based Intervention from Bangor University. A graduate in English Lit., from Queens University Belfast and Post Grad in Drama from Manchester, she started her career writing and presenting children’s television programmes for ITV followed by Theatre and numerous appearances in TV and BBC Radio dramas including writing the Afternoon Play Cheatin’ Heart for Radio 4 which made Pick of the Week and Pick of the Year. Her one woman show PLURABELLES The Woman in Joyce – a dramatic evocation of the Woman in the work of James Joyce was recently produced in London. This formed part of her Master’s dissertation, Mindfulness in Poetry/Poetry in Mindfulness. 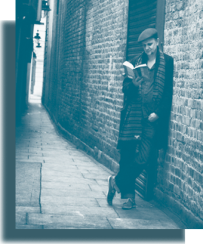 John is an internationally known author, playwright, songwriter, poet and literary translator. His stagework has been performed at such theatres as the Almeida, Arcola (Grimeborne Festival) and Riverside in London and the Salisbury Playhouse and Plymouth Royal. His plays include The Naked Guest (shortlisted for the Academia Rossica Translation prize), Numismata and High Risk Zone while his musicals        Anya (Donmar) and In love & War (Wyllyots).

Among his literary translations are acclaimed versions of Lope de Vega’s plays Dog in a Manger and Mad for Love, the poems of Lidia Grigorieva, novels by Rollan Seisenbaev, Anatoly Kucherena and Ravil Bukaharaev, and the Uzbek verse in Hamid Ismailov’s brilliant The Devil’s Dance. He is also a songwriter whose songs have been shortlisted a number of times for the Stephen Sondheim prize, while his song Peace in my Heart was selected for fiddle legend          Dave Swarbrick’s EP Passing the Baton.

He is the creator of The Seed Room events combining music, spoken word and ideas at the Cervantes Theatre in London, and a judge for the Offwestend Theatre Awards for New Plays, Playwrights and Performance Pieces.

He has written hundreds of books, which have sold millions of copies around the world in most major languages and include many best-sellers, such as Do You Think You’re Clever and the award-winning Do Not Open, which received rave reviews in the USA and became a cult-hit as well as featuring on the New York Times and Washington Post best-seller lists. Go to the NEWS and LINKS pages in our menu for the latest on John.

Peter has been a Design, Marketing and Production professional for over thirty years including theatre, book publishing and the international drinks industry. He aims to promote and guide mindfultheatre’s creative, visual and marketing presence as an interesting, dynamic and diverse presentation reflecting the dynamics and diversity of the company’s productions and values.

mindfultheatre offers a design and production consultancy service to our friends in the theatre and arts community alongside Peter’s expertise in the publishing and packaging design sector. See CREATIVE SERVICES in our menu.